Cleaning a gun regularly after every few weeks is the most important practice to take care of your gun because if you don’t clean regularly and each time after the gun’s usage it will take its toll on the performance of the gun, and if you have a gun for the purpose of self-defense (as many people possess guns for fun at shooting range) that is the foremost thing you need to worry about. If you don’t clean your gun the containment, dirt and various residues of brass, carbon and lead can build up on your gun and even lead to the gun to initially jam and eventually stop working at all. To avoid such events many gun owners lubricate their guns, this means to oil different parts of the gun with the help of a lubricant. This helps to reduce deterioration and rust and increase smooth performance and longevity of the gun. This is a time consuming process which needs to be done frequently, specifically once every two to four weeks, however, most people don’t give the due importance to gun cleaning and often realize when it is too late. The same case was for me and many people gave me slack about not cleaning my gun which made me embarrass, therefore, to save me from such embarrassment again a friend gave me a great gift which was Hornady 99901 One Shot with DynaGlide Plus gun cleaning spray. Gun sprays are one of the many cleaning gears used to clean your gun; however you just spray it on the gun which makes the gun clean, therefore, a gun spray save time, effort and energy. However, periodic lubrication is highly recommended by professionals and people who have excessive knowledge of arm and maintenance. Gun cleaning sprays are not an alternative to lubrication as these are mostly for those times when you need to take your gun for a shoot in a while. Below I have briefly discussed Hornady 99901 One Shot with DynaGlide Plus which I have been using for my guns; furthermore, I have also mentioned few other cleaning gun sprays which are highly recommended by pros in this field.

Hornady 99901 One Shot with DynaGlide Plus

This gun spray is extremely effective especially in preventing malfunctions and performance errors caused by containment or residues. The formula largely consists of hexane which is a cleaning agent used in different industries like textile, furniture and print. Other than hexane some other powerful ingredients do a fine job of removing dirt and residual buildup. The spray also consists of a lube to reduce friction which also leaves a protective layer on the gun to prevent rusting. The spray is highly flammable and shouldn’t be used near fire and it is advised to wear gloves and mask to prevent health problems. The spray is also versatile as it can be used on any type of gun with any material except plastic as it does prominent damage to it. This spray comes in 5-ounce and 10-ounce spray bottles. 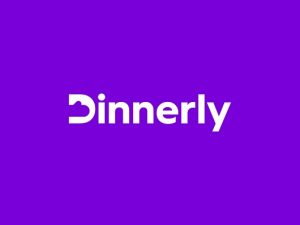